ARC compensation of the Xtreme T10

There are three ways to define an automatic telescope movement, related to pan and tilt positions. The ARC compensation adds functionality for automated moves including vertical straight lines, horizontal plane and pan compensation. This software module gives you the precision to make perfect vertical straight lines, horizontal plane or define a square, all by the activation of just one button. 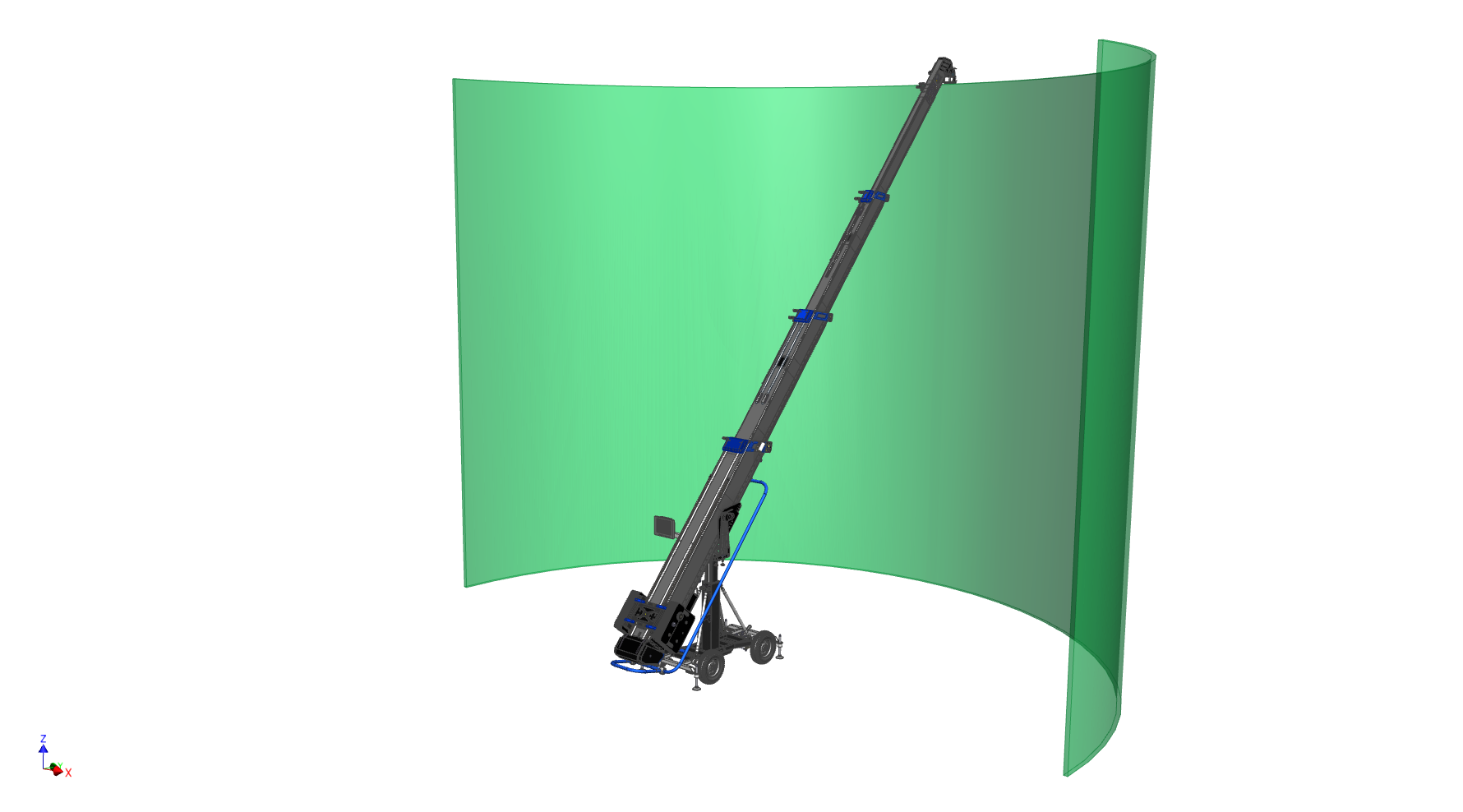 By pressing a activate button, a specific radius of an imaginable cylinder is defined. Once the arm is tilted, the arm will automatically telescope in order to keep the camera in this radius, measured horizontally from the dolly center point. The camera will stay in the surface in the picture below. The arc that a fixed crane would make during tilt, is thus compensated. Nothing active is done with pan movement, resulting in a cylinder. 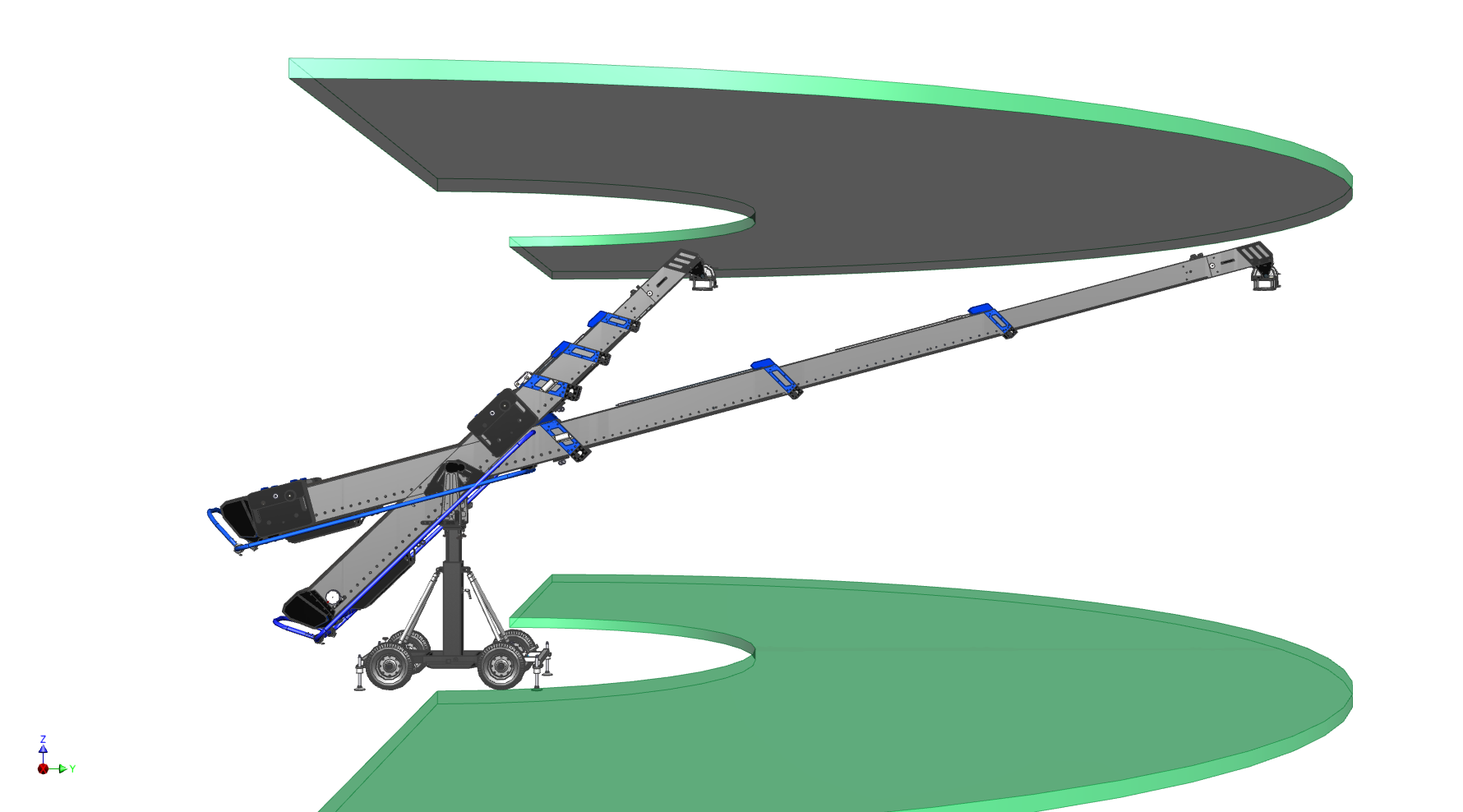 Half-pipe shape  (pan compensation only). This is more or less the same as cylindrical (tilt) compensation, but applied for pan. the result is a curved plane in which the head wants to stay. like a half-pipe. Defining the half-pipe needs to be done in two positions, since the plane could lay off-perpendicular to the dolly 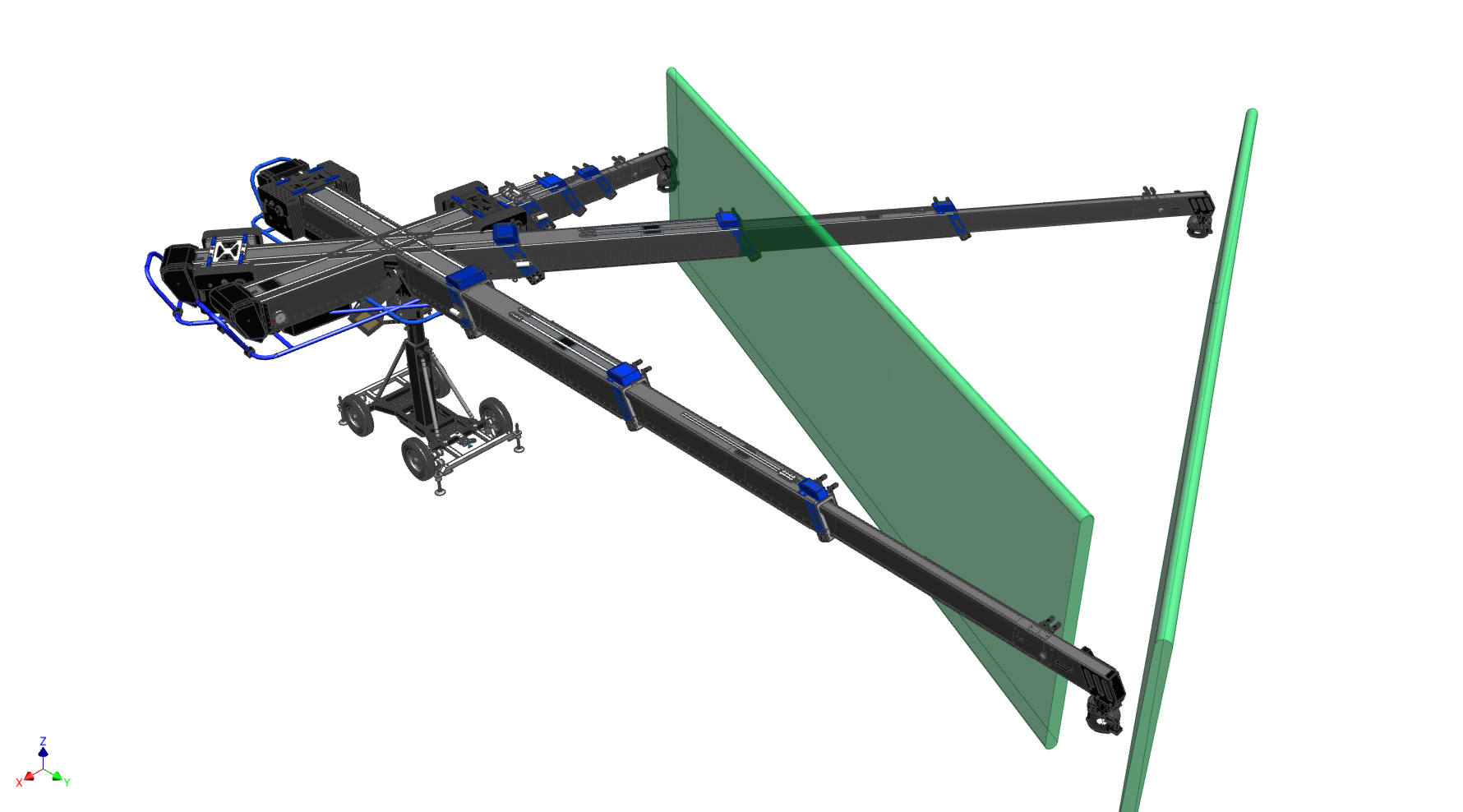 Two points define a plane. By moving the camera to two positions and setting those into the arc software, an imaginable plane is created. Once the arm is moved, either in pan, tilt or combined, the arm will automatically telescope in or out in order to keep the camera in the plane. This requires both pan and tilt readout and a "defining-sequence". The plane can be set as in imaginable wall or ceiling, like below picture.